In the F. Art Period, Poetic Realism, the emphasis is on Hard edge, High Keyed Colour, and areas of soft brush strokes.  A form of Silence (poetic) is pursued . As the period evolved soft brush strokes gave way to pointillism which did reach it's height.  All other elements, high keyed colour, hard edge remained.  At this point, the use of the technique became too restrictive.  Time again for a change.  Dots became emotionally charged shapes!   Areas of soft brush strokes along with dots/strokes, moving dashes were to continue from that time into the periods to follow. Since Realism remained strong alongside other dominant elements such as colour, hard edge, with F. and G., the deduction is that both are complimentary. 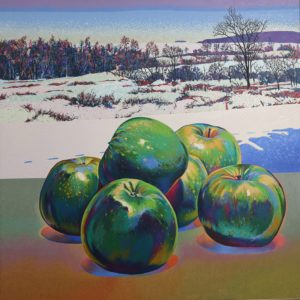 On The Way Home 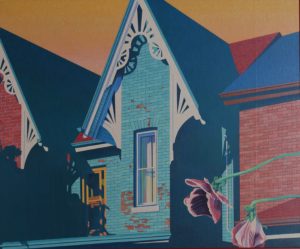 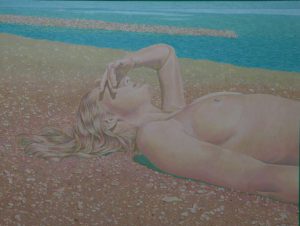 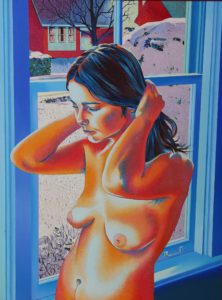 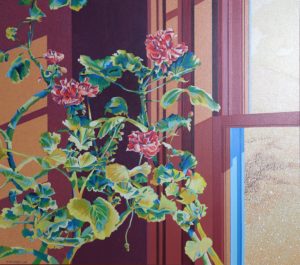 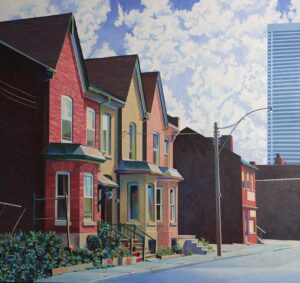 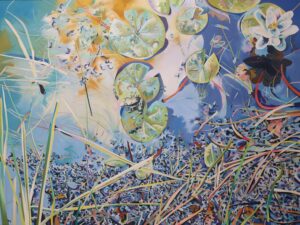 If you are interested in a particular painting, please complete this form below or contact Steve Forgie directly who is promoting his Father's art work at steve.forgie@gmail.com

*ALL PAINTINGS ARE SHIPPED FREE OF CHARGE & COME FRAMED *